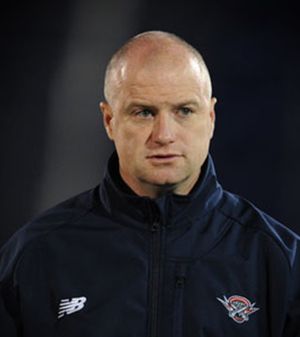 The concept of the Endicott men’s lacrosse “family” began 18 years ago when Gulls head coach Sean Quirk took over a program in its third year of existence back in the fall of 1997.

Quirk had come from a national powerhouse in Springfield College where he was a two-time All-American goalie and competed on a Chiefs squad that won the 1994 NCAA Division II Championship and lost in the national title game one year later. After graduating, he stayed on as an assistant coach and Springfield continued to win games.

“In all my years at Springfield we were a close-knit team,” said Quirk. “That closeness always helped us win games to build the tradition that exists there. The alumni would even come back to help mentor the undergraduate players and when I started coaching at Endicott, I knew I wanted to create that family atmosphere.”

With a roster of just 19 student-athletes in his first season, Quirk knew the team would struggle at times and wins alone weren’t going to keep them all together.

“In the first letter I sent to each of my players on that first team I stressed to them that this is a family. We’re going to have our ups and downs, we’re going to get on one another, but we’re going to support and love one another. That is something we have maintained and talked about every day at our practices, in the locker room, and in games.”

Words like accountability, dedication, hard-work, and discipline have been the foundation for the Endicott men’s lacrosse program for 18 years. Quirk and his coaching staff have taught his players lifelong lessons over the years; about how to be good man, a good husband, and a good father by the time they leave Endicott.

“The head coach tends to get either all the glory or all the blame when it comes to wins and losses, but without that dedicated staff of coaches we can’t get anything done. They are the ones grunting out the hard work and they believe in what we do.”

Quirk comes into the 2015 season with 244 career coaching victories which places him 17th on the all-time win list for NCAA Division III coaches. While wins, another CCC Championship and berth into the NCAA Tournament, or the elusive national championship would be a great accomplishment, the glory that Quirk continues to relish in is much more meaningful.

“The thing you I appreciate equally to the wins are the relationships that come out of being a part of this program. We have our annual alumni game and social and I get to see our former players get married, have children, and succeed in the real world. These people are special to me and to my family and that really is the biggest reward from coaching.”

BACK TO STAFF PAGE