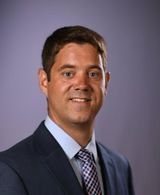 Sciamanna arrived on the Hilltop following eight years as an assistant coach with the Endicott College men's lacrosse program. Sciamanna helped guide the Gulls to a 121-44 (.733) overall record that included five 15-win seasons during his tenure.

While at Endicott, Sciamanna served as the offensive, ride and clear coordinator, in addition to being responsible for scouting opponents, planning practices, recruiting, community outreach and community service.

Sciamanna played his college lacrosse at the Division I level for three years. Sciamanna began his career at Wagner College, where he started all but one game in two seasons. He led the Seahawks in scoring in both 2004 and 2005 and set the program's single-season assist record in '05. Sciamanna then transferred to the University of Massachusetts for the 2006 campaign and was part of a run to the National Championship game and UMass' first team to make the Final Four in school history.

Sciamanna earned his Bachelor's degree in Communication from UMass in 2008 and then received his Master's Degree in Athletic Administration from Endicott in 2010.